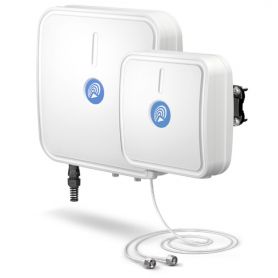 The QuMax XR2 a is bi-directional LTE eXtra Range antenna set (two separate antenna) two connect to two different LTE base station (it can also be connected to one base station in order to obtain a greater share of the transfer from that base station). The main antenna additionally has built-in Wi-Fi dual band , GPS and Bluetooth antennas, 2x Nf connectors for the second LTE antenna and a space to install the RUTX12 router inside antenna enclosure. The second antenna is LTE Extra Range directional antenna only and is in smaller enclosure. The QuMax XR2 set is dedicated to long-range connections from the LTE base station, also to two different base stations, which gives optimal use of functions such as load balancing and carrier aggregation. 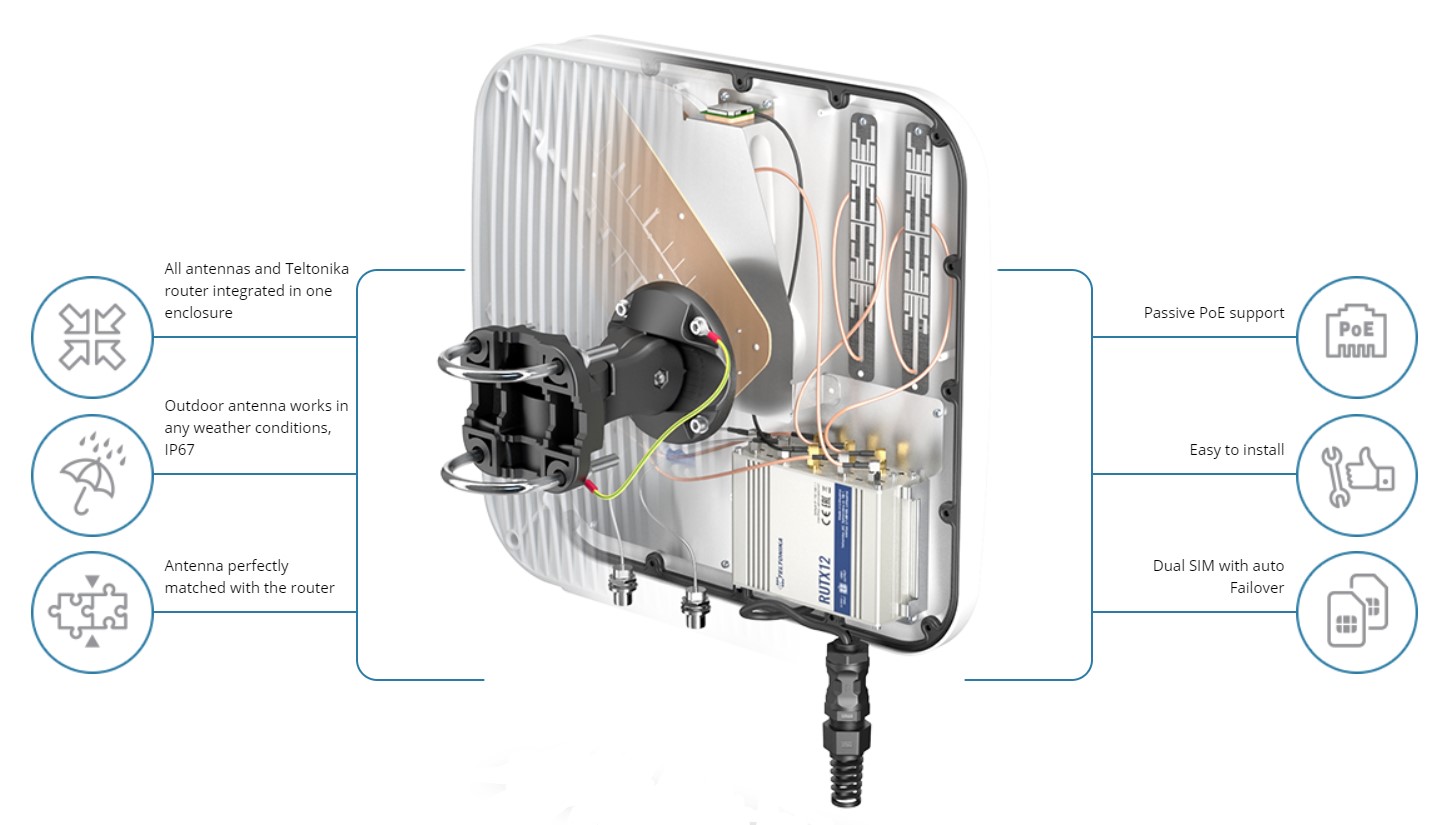