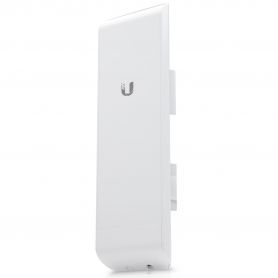 The NanoStation M5 proves that efficiency can still be equated to affordability. Even if it’s low cost, its performance is luxurious. It has a maximum transmission speed of about 300 mbps, allowing it to serve multiple devices at one time. It follows the TDMA (Time Division Multiple Access) protocol, which permits users to effectively schedule time slots in order to maximize the transmission and lower the latency period. It works at a frequency of 5.5GHz, a channel that is not prone to noise and interference. The integrated antenna connects via the 2x2 MIMO technology with a reach of 16dBi, so it’s ideal for complexes or buildings made up of different floors. Paired with QoS, you can easily prioritize bandwidth allocation.

The NanoStation M5 is equipped with the “intelligent PoE.” This means you can reset it through its power supply, not directly in the unit. This is accomplished via the dual Ethernet port, one of which is dedicated for PoE use. In the process, you’re able to make the most of your electric power and save yourself the hassle of dealing a lot of wires. You can also add an IP camera, which permits you to keep track of your property, among others, through a web-based access.

The NanoStation M5 can be used as an access point, connecting to hundreds of devices all at the same time, or as a client, which can be connected to other networks through a bridge. The level of flexibility makes this a fantastic and convenient addition to your networking system.


The NanoStation M5 is easy to monitor through its strength indicators following the integration of 2 pairs of LEDs.

The NanoStation®M features the CPE design that expanded the global Wireless ISP industry. 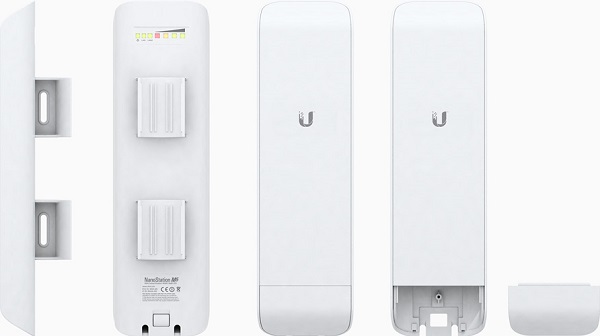 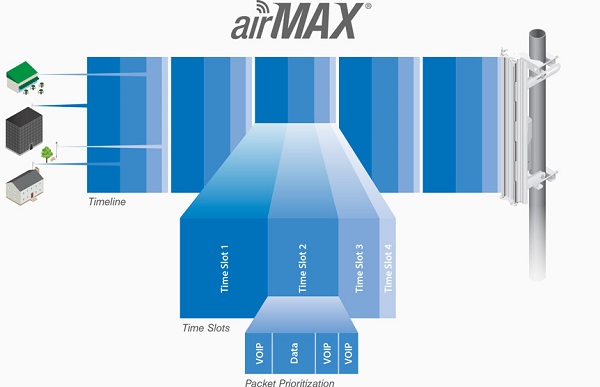 NanoStation Anti-Noise Shield
Paired with NanoStation M2 & M5
From
$ 19.01
Product review
Padraig Rudikoff
Awesome devices !! Setup is super easy The range is excellent The Speed through them is impressive!
Tristan Hao
I love this. I have set these up at a few customers and at my house. I set these up at my house to provide internet access to my barn. Once I did that I have recomended them to several places and have installed them in many MANY other locations. These are absolutely awesome!
В-bremen
das gerät ist router und antenne in einem gerät, die größe ist akzeptabel, der preis passt! Danke
Mark
I will definitely will need more NS!
human
Die NanoStation wird von Funkfeuer empfohlen.
Und es stimmt.
Ist einfach geflasht und die neue Software konfiguriert.
Sende/Empfangs-Leistung sind super!
ALL PRICES EXCLUDING VAT