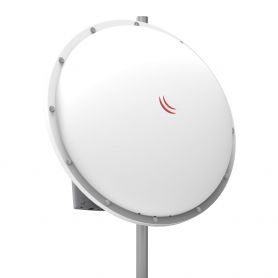 It reduces wind load, protects reflector surfaces from harsh environment, protects the antenna feed from falling objects, as well as positively affect the antenna sustainability and operational life. It's made of special material that has low dielectric constant. Wide range of temperature and direct sunlight won't affect it.