Router and access point - what is the difference between them? This is a common question from our customers, especially those who purchase equipment for home or office. We will try to answer it in this article.
Strictly speaking, a classic router and a classic access point cannot be compared. These devices have completely different purposes.

An access point (AP) is simply a wireless "extension" of the wired network which is most commonly used in two ways: It receives incoming Internet traffic over a cable and distributes it over a wireless connection (access point/base station mode). 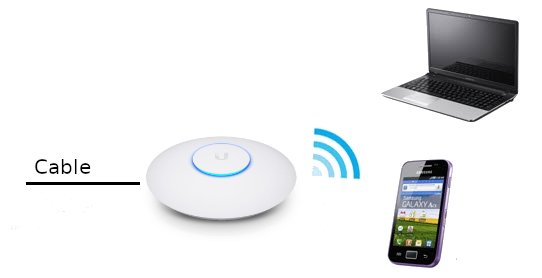 It can also be a powerful access point with an antenna which is used by the provider to broadcast Internet traffic to subscribers via WiFi. Here is an example: 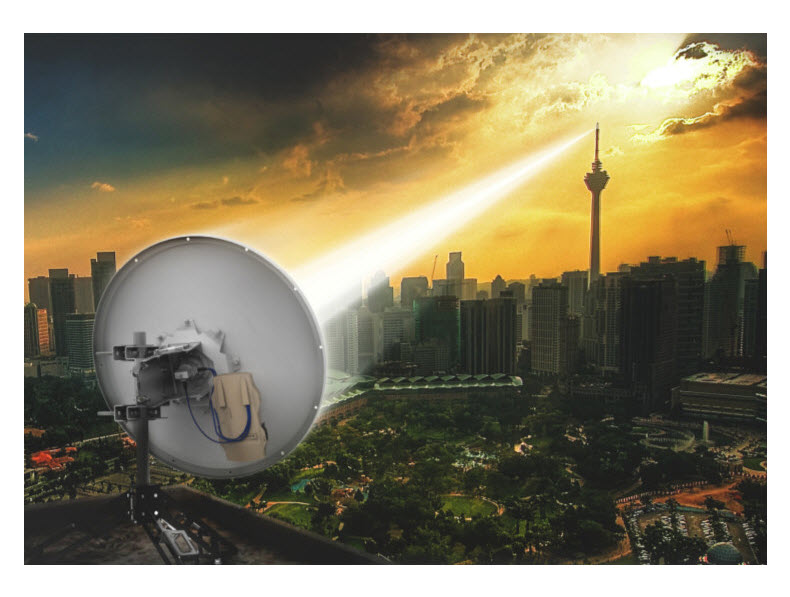 There is also an operating mode of the access point in which it both receives and transmits traffic via a wireless connection - a repeater mode. It is preferable to use other modes, if possible, as in case of such a transfer transmission speed drops significantly. In all these operation modes a classic access point simply broadcasts traffic, without any operations with it. If several devices are connected to the WiFi point, the bandwidth is divided equally between them, as in the simplest switch. The wired interface in indoor access points is usually limited to one LAN port.

What is a router?

A router is a "smarter" device that not only receives and transmits data, but also redistributes it according to different rules and executes specified commands. It can:

Before the popularization of wireless technology routers were produced without Wi-Fi support. A classic router only had a wired interface and comparing it to a WiFi access point would never have occurred to anyone. Even now multiport operator class models are produced without a radio module:

The confusion arose when routers were equipped with WiFi-transmitters, and in fact they combined the functionality of a router and an access point. This gave rise to multiple modifications.
Most often the question "What is the difference between an access point and a router" arises with regard to indoor access points and low-cost wireless routers for the SOHO segment. They differ little in appearance and cost. Compare:

Several simple key differences can be deduced from all the above:

What are practical differences between a WiFi router and an access point?

Theory is good, of course. But what exactly are the possibilities that buying a Wi-Fi router provides? Is it worth paying more for it (if it is more expensive)?
As we have discussed above, it makes no sense to talk about expensive operator-class routers. Let's compare home and office solutions.

In most cases, to distribute the Internet to several home devices like a computer, a laptop or a smartphone it is better to buy a WiFi-router and connect the provider's cable to it. Especially if the router is inexpensive. For other purposes: reception of traffic from the provider via a wireless connection, organization of a seamless WiFi network in the office, a HotSpot in a cafe or a hotel, you need an access point. If you need advice, we will help you to find a solution for each specific task.

We select Mikrotik equipment for home, office, to build linkups and point-to-multipoint systems.

What is a wireless connection required for?
Will it be used indoors or outdoors?
What wireless standards are required, 2.4 GHz, 5 GHz or both?
What is the number of channels on each standard used?
Is a highly directional antenna or an omniaerial antenna required?
Comparison table of Mikrotik routers with Wi-Fi modules
Routers with Wi-fi modules do not have Rack Mount versions, all versions are of the "box" type to be installed on a desktop or on a shelf.